Lawn weed control can be challenging, let’s understand why.

When I first began studying plant science I remember a tutor asking me; ‘Kenyon, when is a daffodil a weed’? The answer it seemed was simpler than I knew at the time. Weeds can be described as any plant growing in an area where it is not wanted. If that daffodil is in your rose-bed it might be considered a weed. If your lawn grass is in your flower-bed it most certainly is a weed. 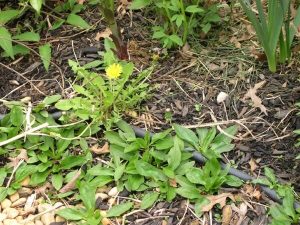 Deal with weeds quickly before they seed

You must hold a suitable qualification as a paid professional applying pesticide to control weeds. If you ask your regular gardener to do it, and she doesn’t hold a licence, then you are both breaking the law. The general code of practice covering the use of pesticides states that you should attempt other forms of control before you start to use pesticides to control a weed issue.

Weeds can be relatively small, like clover, or large like thistles. They are typically fast growing and spread rapidly, impacting on plant growth in and around them. Weeds are characterised as narrow leafed, like grasses, broad-leafed, like dandelions or woody, like brambles. Large weeds can often be removed by hand, but removing smaller weeds from your lawn may require an effective pesticide.

Pesticides used for treating weeds are often called herbicides. There are two types of herbicides; selective herbicides control only certain types of weeds, typically either broad-leafed or grass-like weeds. Non-selective herbicides control and kill all plant types with which they come into contact. The application of a broad-leaf herbicide will affect and control the growth of broad-leaf plants. As such, this herbicide can usually be applied onto existing lawns, but will control only broad-leaf weeds. A grass herbicide controls the growth of grass type plants.  Grass herbicides can safely be applied to flower beds and will have no impact on broad-leaf plants, but will control and impact on grasses.

Some work by disrupting the fine balance of biochemical processes that occur within the plant. Often causing uncontrolled growth, twisting, thickening, elongation, and eventually death. The weed literally grows itself to death. Others target photosynthesis, the process where plants produce energy from sunlight. Blocking photosynthesis is only part of the story. When photosynthesis is blocked, highly toxic oxygen and other compounds form within the plant. These compounds rapidly destroy cell membranes, causing the weed to die. 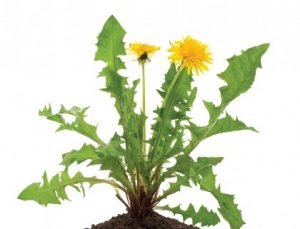 Choose he right weed-killer for the weed

Many selective herbicides target enzymes within plant cells. Enzymes allow complex chemical reactions to occur. When herbicide targets an enzyme it disrupts the sequence of complex chemical reactions, producing highly toxic compounds in the plant and killing the weed. So why don’t selective herbicides kill the useful plants we are trying to grow? The main reason is because the useful plants are able to metabolise (break down) the herbicide more rapidly than the weeds, allowing them to survive.

When to use lawn weed killers

Herbicides are most effective on actively growing plants, as the active ingredient is carried by the sap of the plant. The faster the plant is growing, the quicker the solution will be moved through the plant.  Application during less active growth periods are also effective, however the results will take longer.

How to use lawn weed killers

Weed plants fall into different families. Much like sprouts and cabbage are different plants but within the same group of plants, some weeds are in the same family group and some in different groups. 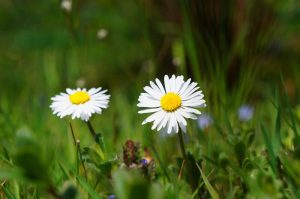 Its important to know what weed you’re trying to kill

Certain plant groups are susceptible to certain herbicides that other groups might not be affected by. Identifying what weed you need to kill, understanding which plant group it is in and what pesticide needs to be used to treat that specific group is the key to weed killing success. All herbicides have application rates. Much like medication you take at home has a recommended dose. Exceed the dose and you may cause issues, take too little and there may be no effect. Getting the dose right isn’t just about how much you pour out of the bottle, it’s also about how much water you add to the mix and how much of the mix is applied to the weed.

Is one application enough?

If you select the correct herbicide for the weed you aim to kill, use the correct dose rate and apply at the right time then often one application is enough. However some weed varieties are more resilient than others. Some have thick leaf coatings or hairs that reduce the contact of the droplets of pesticide that have been sprayed on the weeds. Some weeds are persistent and are not controlled after only one application and several, consecutive applications are recommended. Applications may be necessary throughout the growing season and should continue until the weeds have been successfully controlled. Failing to do so may increase the weed’s resistance to the type of pesticide used – much like the risks of not finishing a course of antibiotics. Often additives can be used along with the pesticide to increase the efficacy of the chemicals present.

Remember, weeds are fast growing and quick to set and disperse seed. These seeds germinate to form new weeds, so regular herbicide applications are essential. It’s relatively complex, which is why you need to study for an exam to carry a licence to use pesticides. All the products we use in the garden are safe for pets and wildlife. For effective lawn weed control speak to a lawn care professional.

Allow location services to get started

Alternatively enter your postcode below...

Click and drag map , then zoom on your lawn as much as possible and start measuring. Then, use your finger or cursor to colour the area which you want measured. You can use the undo button if you make a mistake.

Please complete the form below to get your lawn care plan price.
Sorry, we do not offer our services in your area. Click here to search lawn care specialists in your area.
Thank you!

Your message was sent successfully. We will be in touch shortly.